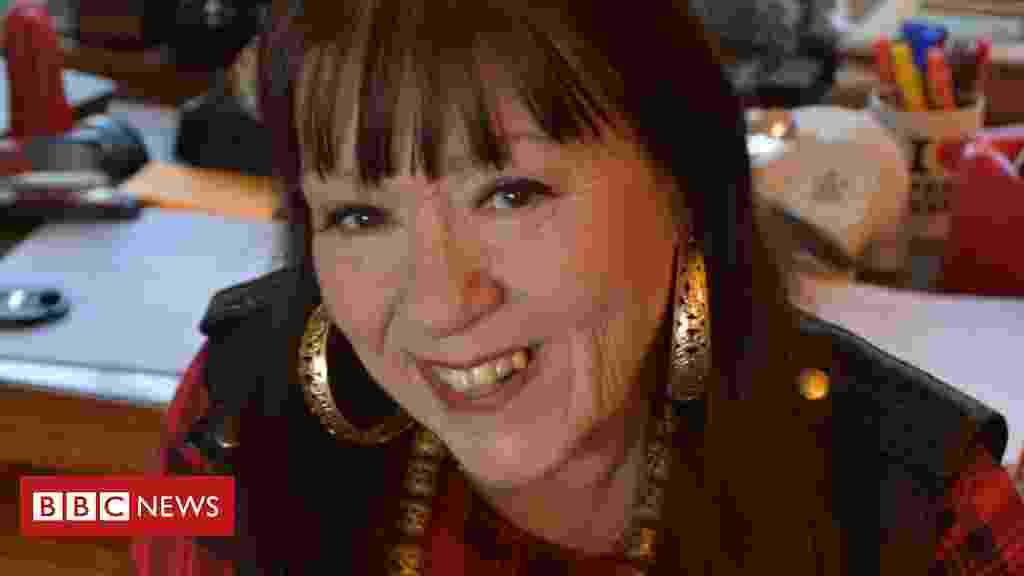 Broadcaster and astronomer Heather Couper has died at the age of 70.

Dr Couper appeared on the BBC's Blue Peter and The Sky At Night programmes, as well as presenting and producing acclaimed science documentaries.

Her best friend and business partner, Nigel Henbest, said she had died on Wednesday after a short illness.

She had been a "charismatic... and passionate communicator of science", he said.

"She got people really excited about the Universe and about space - that was her love, her passion in life."

Born in 1949, she fell in love with astronomy as a child and recalled a day, in 1968, when she had realised astronomy was not just "for shambolic old men in tweed jackets any more".

She went home and wrote in her diary: "I want to help knowledge. I want to make known and publicise science."

So she left her management trainee job at Top Shop to become a research assistant at the Institute of Astronomy in Cambridge.

Her big break came when she was asked to appear as a guest on Sir Patrick Moore's The Sky At Night.

Sir Patrick later recalled: "Of course, she wrote to me when she was a little girl and said, 'Is there any future for me in astronomy?' And I said, 'Of course there is.' And I tried to give her a hand."

She also presented the 1981 ITV children's series Heavens Above and, in 1984, became the first female president of the British Astronomical Association.

Four years later, she co-founded a film and TV production company, then, in 1993, took up the chair of astronomy at Gresham College, a post previously held by Sir Isaac Newton and Sir Christopher Wren.

She and Dr Henbest co-wrote dozens of books as well as monthly astronomy columns for the Independent, the last of which was published on 6 February.

The pair even applied to be the first British astronauts, Dr Couper told the Guardian in 1993, but were quickly rejected.

"They wanted someone technologically on the ball, someone who would know what buttons to press in an emergency," she said.

"If something blew up, I would think, 'Oh Christ! What wire goes where?'"