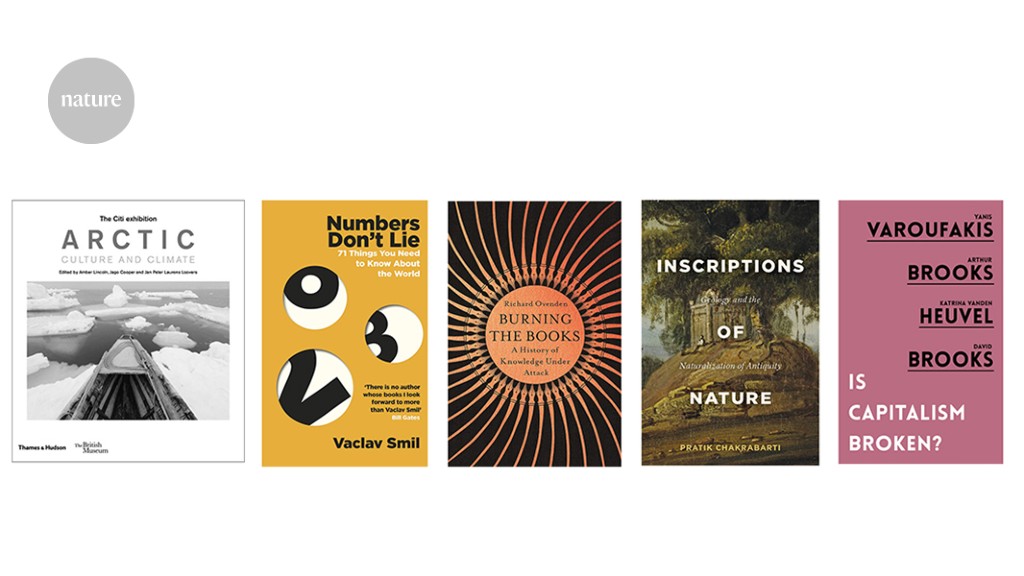 Book-burning through the ages, the Arctic laid bare, and capitalism under scrutiny: Books in brief

In 1660, when the British monarchy was restored, the University of Oxford ordered the burning of books by anti-royalist, pro-free-speech poet John Milton. This is one of many graphic examples inspired by the collections at the institution’s Bodleian Library, cited in Bodleian librarian Richard Ovenden’s powerful history, which ranges from ancient Mesopotamia and Egypt’s Library of Alexandria to Nazi Germany and the Iraq wars. Attacks on books and archives are, he concludes, a “signal that attacks on humans cannot be far behind”.

Vaclav Smil’s publisher claims: “No other living scientist has had more books (on a wide variety of topics) reviewed in Nature.” Smil might regard this as almost unprovable, but certainly Bill Gates calls him a impressive polymath. His latest book, an appraisal of statistics, offers 71 short, thoughtful essays on psychology, globalization, inventions, fuels and electricity, transport, diets and the environment. Discussing the annual World Happiness Report, he notes a “remarkable lack of correlation” between national happiness rankings and suicide rates.

Humans have “the right to be cold”, says an Inuit political activist in this accompaniment to a British Museum exhibition. Arctic cultures encompass 4 million people across 8 nations, whose way of life is threatened: 75% of Arctic sea ice has melted over 40 years. Superb illustrations and many essays reveal fascinating accoutrements, such as Russian snow spectacles from 1850–80, crafted from reindeer skin, multicoloured glass beads and uranium beads, with minute metal slits protecting against blindness induced by Arctic spring sunlight.

Two models of capitalism — US democratic and Chinese authoritarian — underlie this record of a 2019 debate. Former Greek finance minister Yanis Varoufakis and US publisher Katrina vanden Heuvel proposed that capitalism is broken. They were opposed by social scientist Arthur Brooks and journalist David Brooks, the narrow winners. But Varoufakis wins on eloquence: he says capitalism liberated us from prejudice and feudalism, but entangled us in “unbearable inequality, unsustainable debt, brazen authoritarianism, and, yes, catastrophic climate change”.

Science historian Pratik Chakrabarti’s idiosyncratic book ponders an 1820s excavation of the Yamuna Canal in India’s Indo-Gangetic Plain, which revealed ancient canal networks, vanished river beds, traces of mythological rivers and prehistoric fossils. Simultaneously, geologists, ethnologists, archaeologists and missionaries dug into ancient texts and legends. From both perspectives, the plain seemed to be the bedrock of Indian civilization — a view complicated by the 1920s discovery of the Indus civilization.