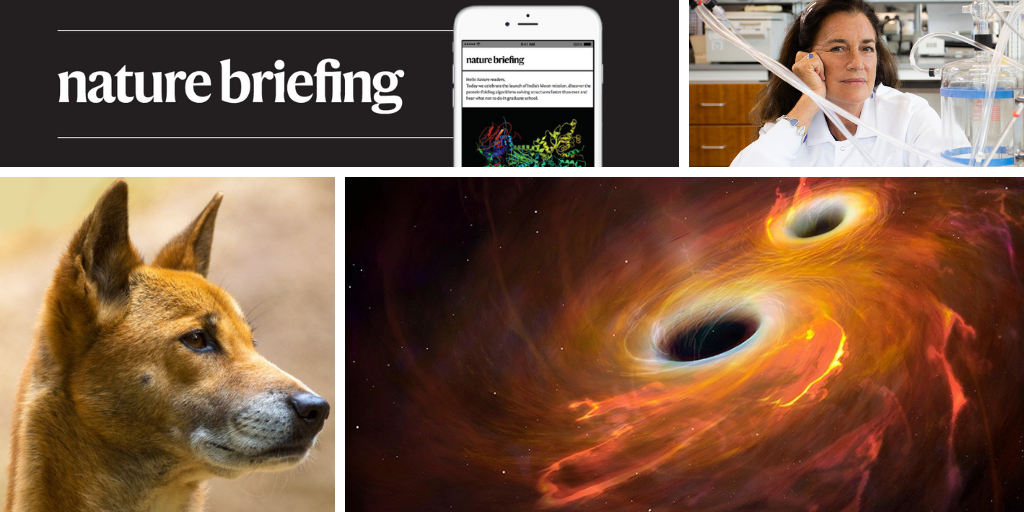 The largest-ever study of ancient dog genomes has revealed a lot about our four-legged friends. The analysis of more than two dozen Eurasian dogs suggests that the animals were domesticated and became widespread well before 11,000 years ago. “Already, there were at least five different groups of dogs across the world, so the origin of dogs must have been substantially earlier than that,” says population geneticist Pontus Skoglund. With so many genomes, the researchers could follow ancient dog populations as they moved and mixed and compare these shifts with those in human populations.

A major biomedical-research organization has for the first time aimed to make financial reparations for the experimental use of cells from Henrietta Lacks, a Black woman whose unknowing donation gave rise to the historic ‘HeLa’ cell line — a mainstay of biological research. The Henrietta Lacks Foundation yesterday announced the six-figure gift from the Howard Hughes Medical Institute. “I can’t speak for everybody, but I know some family members are grateful for this gift,” says Jeri Lacks-Whye, a granddaughter of Lacks. “Hopefully, other institutions will follow suit.”

Pterosaurs are some of the largest animals ever to have flown, and dominated the skies for more than 150 million years. But new research suggests that the earliest winged reptiles were ungainly aviators. Researchers used the fossilized pterosaur remains to estimate their wing size and body mass, and combined this with information about the metabolic rates of birds to calculate what their flight might have looked like. “They would have been flying, but relatively clumsily. They may have been climbing up trees and flying from one trunk to another, but not flying very long distances and not very agile in their flight,” says evolutionary biologist Chris Venditti.

The result of the upcoming US election will have deep and long-lasting impacts on every area of society — including science, health and the environment. Donald Trump and his challenger Joe Biden have presented vastly different visions for handling crucial issues, from the coronavirus pandemic to climate change. This round-up considers how the election could shape seven key scientific issues.

Astronomers observed 39 cosmic events that released gravitational waves over a 6-month period in 2019 — a rate of more than one per week. The bounty, described in a series of new papers, demonstrates how observatories that detect these ripples — usually created by the merging of two black holes — have dramatically increased their sensitivity since the first identification in 2015. The growing data set is helping astronomers to map how frequently such events have happened in the Universe’s history.

Brain organoids, created by culturing stem cells in a Petri dish, are a mainstay of neuroscience research. But as these mini-brains become more complex, is there the chance that they could become conscious, and if so, how could we tell? Neuroscientists discuss the possibilities on this week’s Nature Podcast. Plus: the false promise of herd immunity to COVID-19, and how cutting red-tape could harm diversity in UK academia.

Subscribe to the Nature Podcast on Apple Podcasts, Google Podcasts or Spotify.

Nadia Rosenthal oversees the production of genetically engineered mice that help researchers to understand more about a range of diseases, including COVID-19. Her laboratory is home to more than 11,000 strains of mice, many of which have been genetically engineered to address specific questions. The bronze mouse in the photo — named Hunca Munca after a character in a Beatrix Potter book — is the lab mascot.During the pandemic, a lot of experiments had to be postponed. “But with so many mice to take care of, the lab has never shut down completely,” Rosenthal says.

Space-exploration company SpaceX will adhere to a set of “self-governing principles” on Mars, according to the terms of service of its Starlink Internet project. (The Independent | 3 min read)