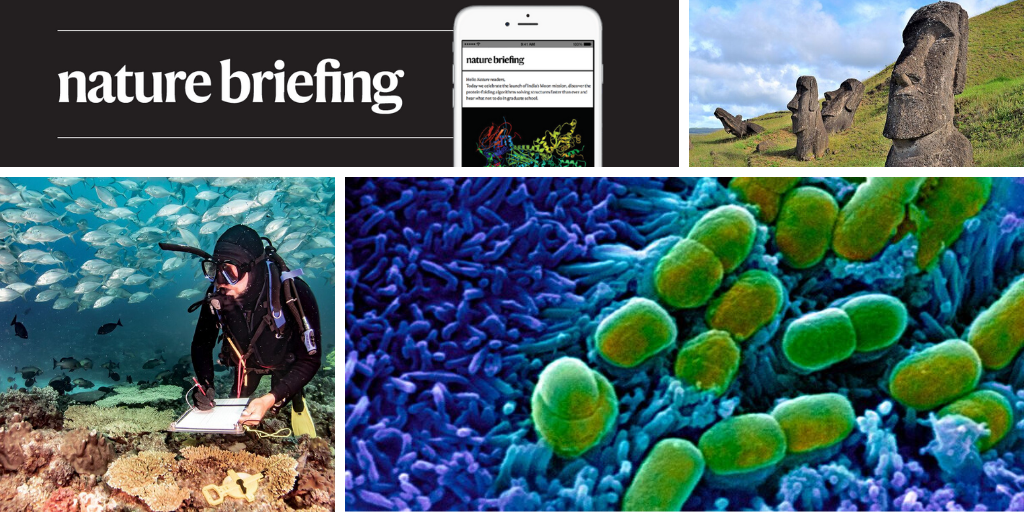 A machine-learning approach has spotted powerful new types of antibiotic from a pool of more than 100 million molecules, including one that works against bacterial strains considered untreatable. This is the first time artificial intelligence has identified completely new kinds of antibiotic from scratch, without using any previous human assumptions.

Scientists have taken their first look underneath Thwaites Glacier, a massive and increasingly unstable formation perched at the edge of Antarctica, using a robotic submarine. Their readings suggest that warm water from the deep ocean is welling up from three directions and mixing underneath the ice. “Thwaites has got these three guns pointed right at it,” says glaciologist Erin Pettit. The finding has increased fears that the glacier might collapse — which could raise global sea levels by more than half a metre.

In the wake of the ongoing coronavirus outbreak, China’s top law-making body is expected to permanently tighten rules on trading wildlife at a meeting next week. Scientists speculate that this could include a ban on eating some wild animals, such as snakes and bats, but they don’t think wildlife used for fur or traditional medicine will be affected. The virus is thought to have originated in a wild-animal market in the city of Wuhan.

When journal editor Tsuyoshi Miyakawa felt results in some submitted papers were ‘too beautiful’, he asked researchers for the raw data underlying their findings, and was dismayed when 40 out of 41 sets of authors were unable to provide them. “We are in a serious situation,” he tweeted, adding that without data, or evidence of raw data, to support conclusions, science is “like a tower built on the sand.”

A new device produces electricity using water in the air, with the help of bacterial nanowires. Plus, a machine-learning algorithm that helps batteries charge faster, and the language of mice decoded.

Subscribe to the Nature Podcast on iTunes, Google Podcasts or Spotify.

In his book Before the Collapse, energy specialist Ugo Bardi urges us not to resist the inevitable breakdown of society, which helps the Universe to “get rid of the old to make way for the new”. Reviewer Laura Spinney compares this to earlier books with an end-is-nigh theme, and finds that historical case studies are giving way to big data in authors’ search for understanding.

Underwater data collection is the norm for marine ecologist Graham Edgar, who makes around 150 dives each year to look for threatened species and investigate the impact of human activities on their ecosystems. “I love the sense of peace underwater: all the stresses and problems of the terrestrial world drop away,” he says.

Seventeen-year-old birdwatcher and environmental campaigner Mya-Rose Craig has been awarded an honorary doctorate by the University of Bristol, making her the youngest person in the United Kingdom to get an honorary degree. (BBC)