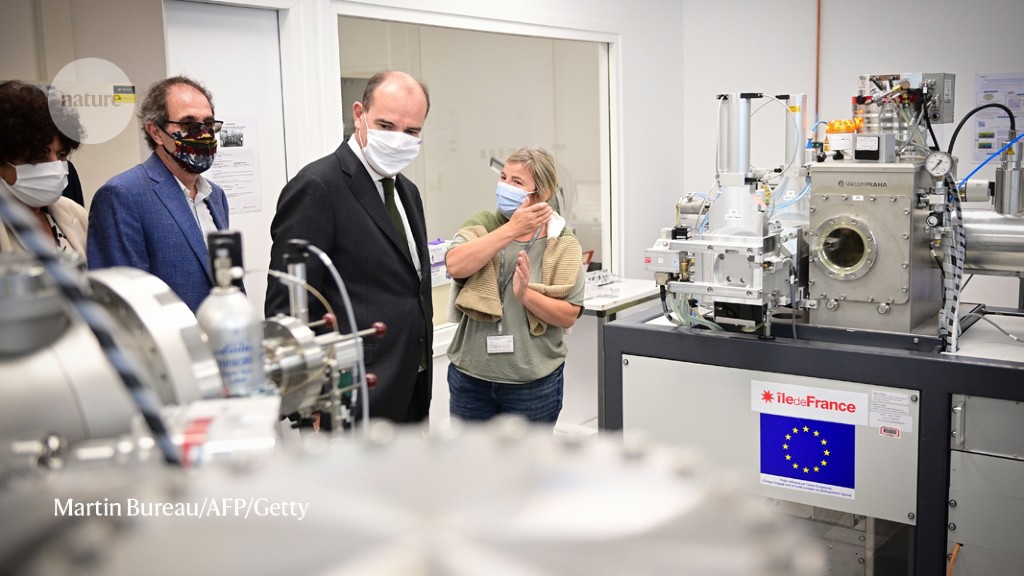 How France overcame the odds to build a research mega-campus

For decades, French research has struggled to shine on the world stage. But in a suburb 30 kilometres southwest of Paris, a bright spot is emerging. A decade in the making, Paris-Saclay University, officially formed this year, is one of Europe’s biggest research universities. The behemoth merged 14 institutions and is the result of a vision announced ten years ago last month by former French president Nicolas Sarkozy. With €5.3 billion (US$6.3 billion) in state funding, the ambition was to create a leading scientific university that would rise in international rankings, in which France has historically performed poorly. It would be situated on and around the Saclay plateau, already home to several public and commercial research laboratories. Planners envisioned fostering an innovation hub, similar to Silicon Valley in California, that might one day produce a French Google.

Despite a difficult birth and years of arguments over how it would be structured, the project has now achieved at least one of those goals: in August, Paris-Saclay University placed fourteenth in Shanghai Jiao Tong University’s ranking of the world’s top 20 universities. It is the first French institution to appear on this list, and it earned the top spot in mathematics.

Leaders now downplay the league-table target. Many in the research community are growing frustrated with rankings — critics say that they distort a university’s priorities and cannot capture an institution’s true value. “Rankings are the consequence of our strategy rather than an end in themselves,” says Sylvie Retailleau, president of Paris-Saclay University.

The focus is instead on promoting French higher education and research globally, says French research minister Frédérique Vidal. Although some researchers are still settling into their environment, many say that Saclay seems to be on the right track to achieve its other goals. “Critical mass is important, and the Université Paris-Saclay achieves this,” says David Price, chief of research strategy at University College London. “It is too soon to say whether it is a success, but I am sure it will be.” Saclay’s structure is complex. Years of trying to convince 20 institutions — among them universities and some of France’s grandes écoles, elite higher-education institutions — to create a single entity failed. Instead, two groupings emerged in 2017: Paris-Saclay University and Institut Polytechnique de Paris, which comprises five engineering colleges. “I regret a full merger did not happen, but I am glad the decision was taken to go ahead anyway,” says Retailleau.

The result is a science park and university campus that offers degrees at all levels. It hosts more than 300 labs and advanced research equipment, such as the SOLEIL synchrotron. About 100 companies and six of France’s public research organizations, including the national research agency CNRS, have a presence there. That combination — of the university with national facilities — is powerful, says Price. The park accounts for an estimated 15% of France’s public and private research. About 30,000 people work or study at Saclay, and this is projected to rise to 80,000 by 2030.

The cluster shows that “universities, research organizations and engineering schools can work together efficiently”, says Antoine Petit, chief executive of the CNRS. “It has encouraged interdisciplinarity in the hard sciences, and should help do the same in the humanities and social sciences.”

But some researchers question whether good science comes from such scale. Central to the park’s basic-research efforts are several large labs that span disciplines. These are a welcome addition for Petit. “They stimulate dynamism and exchanges between scientists,” he says, and about 10% of CNRS researchers and staff work at Saclay.

The latest mega-unit is the 800-person-strong Irène-Joliot Curie Physics of Two Infinities Lab, composed of 5 labs that merged in January. It covers seven physics areas, from cosmology to environmental physics. Louis Fayard, the lab’s particle-physics research director who was previously head of one of the merged labs, the Linear Accelerator Lab (LAL) in Orsay, France, was against the move because he saw little scientific advantage and feared a loss of resources. The lab has no overall scientific project, and has added an extra layer of management, says Fayard, although he concedes that the coronavirus pandemic has complicated the lab’s first months. “I fear the lab will have to work hard not to fall between two stools — it is too big to be efficient, but not big enough to invest alone in major local infrastructures.”

But Oliver Brüning, a particle physicist at CERN, Europe’s particle physics lab near Geneva, Switzerland, who spent time working at LAL, says he thinks the new lab has greater weight and influence than did LAL alone.

Saclay’s second-largest lab, the Institute for Integrative Biology of the Cell (I2BC), covers five biology disciples, including structural, cell and genome biology. More than 700 people, employed by national research agencies and universities, work there. Director Frédéric Boccard says it is too soon to judge whether the Paris-Saclay model is a success for research. “But it is extremely promising.” Boccard adds that having a critical mass of technological equipment means that the lab has attracted collaborators from all over France and many other countries, including Germany, the United States and Russia.

The next challenges are maintaining investment and improving accessibility — a €2.9-billion metro line from Orly airport is scheduled for completion by 2027. The cluster has the necessary talent and governance to succeed, says Claude Chappert, emeritus CNRS research director and one of Paris-Saclay’s planners. “My fear is that there won’t be enough money to keep the momentum going.”