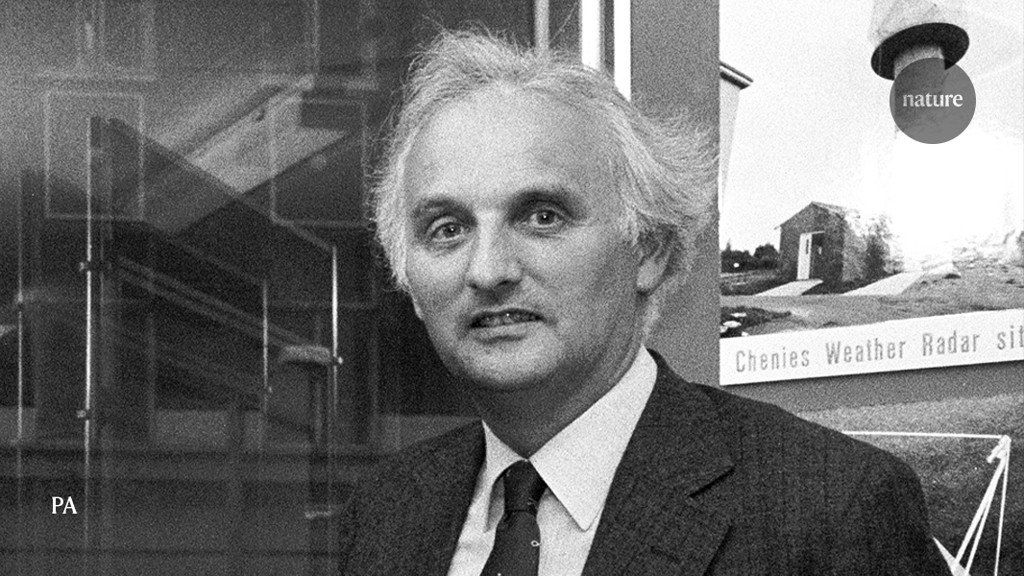 John Houghton was instrumental in founding and shaping the Intergovernmental Panel on Climate Change (IPCC). The climate scientist led the panel’s Scientific Assessment of Climate Change working group from its formation in 1988 until 2002. Under his guidance, the IPCC did more than any other entity to synthesize the science, sound the alarm of dangerous climate risk and make the case for immediate action, work for which the organization was awarded the Nobel Peace Prize in 2007. He died on 15 April, aged 88.

In 1990, the IPCC published the first comprehensive global report documenting how greenhouse gases were affecting climate and society. It provided the basis for the United Nations Framework Convention on Climate Change, a treaty negotiated in 1992 at the Earth Summit in Rio de Janeiro that has guided efforts to “prevent dangerous anthropogenic interference with the climate system” ever since. Subsequent assessments led to the Kyoto Protocol of 1997 and the Paris Agreement of 2015, the world’s first comprehensive and most ambitious climate treaty.

Born in December 1931 in Dyserth UK, Houghton’s early ambition was, in his words, to “explore the world and the universe in all possible scientific ways”. At 16, he went to study physics at the University of Oxford, UK, where he earned his doctorate in 1955. There, Houghton initially became prominent in the nascent field of remote sensing, designing instruments to measure atmospheric temperature and composition for four of NASA’s Nimbus satellites in the 1970s. As deputy director of the Rutherford Appleton Laboratory near Oxford from 1979, he championed a series of instruments to measure sea surface temperature that have been used to track ocean warming for the past three decades. Houghton headed the UK Met Office from 1983 to 1991. He became increasingly concerned about the impacts of human emissions on Earth’s climate, and helped to set up the IPCC as a joint body of the World Meteorological Organization and the United Nations Environment Programme. He also enlisted the support of UK Prime Minister Margaret Thatcher to create the Met Office’s Hadley Centre for Climate Science and Services, one of the world’s premier climate research centres. As chair of the Royal Commission on Environmental Pollution from 1992 to 1998, he led a series of major studies on air pollution, including an influential 1994 report on transport and the environment.

Houghton was renowned for his clear communication of science to decision-makers. At the first meeting of the IPCC report’s authors, in 1989, he told the atmospheric scientists they needed to come up with a metric for standardizing emissions measurements. When they argued that it was too difficult, Houghton insisted that they must, because they were the best people in the world to do this. The result remains the gold standard for policy: global warming potential (GWP), which compares the impact of different greenhouse gases on climate.

As the IPCC’s work continued to advance with the assessments of 1995 and 2001, Houghton worked to keep the agency impartial. It was “entirely a scientific body, not political”, Houghton recalled at a 2015 talk in Cambridge, UK, to mark the 25th anniversary of the first IPCC report and the fifth edition of his textbook Global Warming: The Complete Briefing. All too soon, he said, “there were people there who were political who were trying to get rid of what we were trying to do. So they were very tough meetings indeed.” Houghton proved to be a consummate diplomat. Obtaining agreement from every country in the world is close to impossible; he achieved it, again and again. An example of his diplomatic skills is when it was time to approve the summary for the 1995 climate assessment. Several oil-producing countries blocked the unanimous agreement required by the report. Houghton suggested adding footnotes to reflect their objections. The countries agreed. However, when they discovered that they were named in the footnotes, their objections disappeared — as did the footnotes.

Houghton dedicated his life to communicating the science of climate change to everyone from religious leaders to foreign dignitaries because of the dangers that lay ahead. When speaking of the overwhelming challenge, he would immediately connect the dots. “What impact will this have on us, and our lives?” he would ask, interspersing charts and maps with images of real people affected by increasing floods and droughts, heat waves and sea level rises. Ramming home our collective responsibility, he would demand of his audience, “Do any of you have an electric car? Nobody at all? I have an electric car!”

His motivation for explaining these dangers came, in large part, from his Christian faith. He was keenly aware that the world’s poorest and most vulnerable would suffer disproportionately. He ended the statement on global warming he wrote for the International Society for Science & Religion in 2017 thus: “three qualities … should guide our stewardship — honesty, holism … and humility. The alliteration of the three Hs assists in keeping them in mind.”

Houghton influenced countless climate scientists. He would often send his colleagues copies of his books on science and faith, and signed off on his e-mails with “every blessing”. His life was lost to the coronavirus pandemic, a global issue that requires serious and immediate collective action. He spent his life advocating just such a response to climate change.