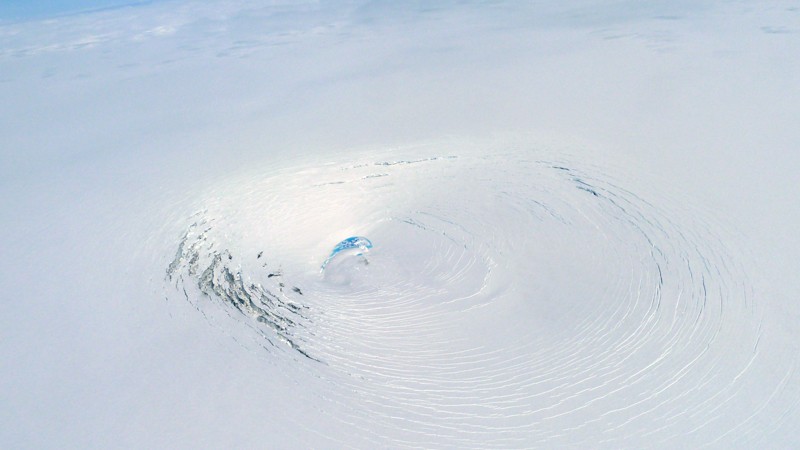 Researchers drilling a borehole through a glacier inadvertently triggered an outpouring of frigid water into a nearby river — providing an unusual chance to examine an enigmatic type of natural flood.

Glacial floods, or jökulhlaups as they’re known in Iceland, are created by the sudden release of water from lakes beneath glaciers. Scientists have been puzzled over what causes these floods and why they occur regularly at certain glaciers.

On a field campaign to Iceland’s Vatnajökull ice cap in 2015, Eric Gaidos at the University of Hawaii at Manoa and his colleagues drilled a borehole that hit a body of meltwater encased within the glacier. Over the next five days, that pool drained through the borehole into the lake below Vatnajökull, causing a pressure increase beneath the glacier. When the pressure built up enough, a flood of icy water was released into the nearby Skaftá River.

Such an event could happen without human assistance, the authors say, if natural cracks in the glacier allowed water to drain into the underlying lake.