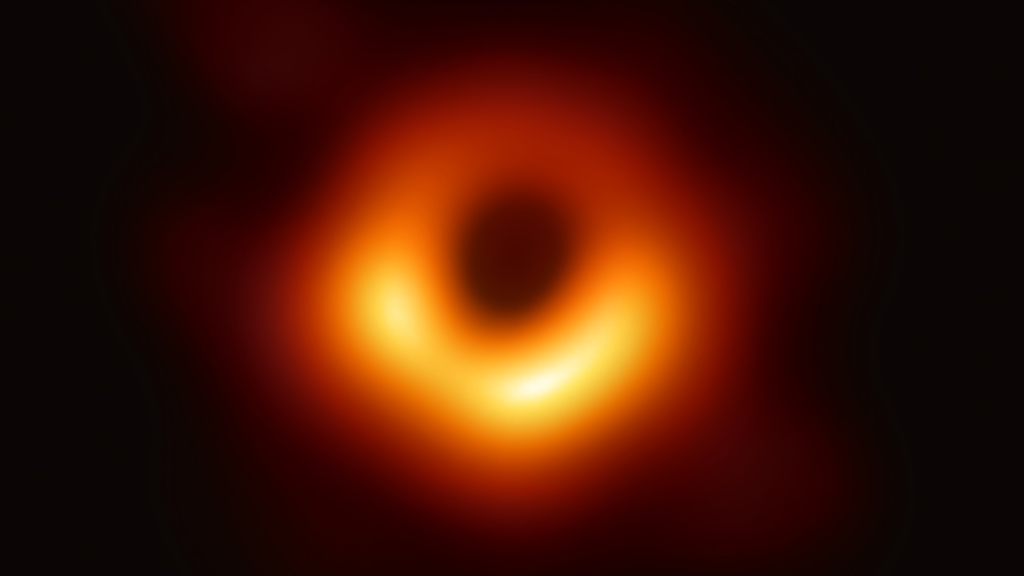 Black hole. Two rather mild and trivial words in themselves, but put them together and you have the stuff that physics, astronomy and sci-fi dreams are made of. Indeed, black holes seem to evoke similarly enthusiastic reactions from astronomers, cosmologists and laypeople alike. The mere thought of these behemoth regions of space–time – shrouded in fire, consuming everything within reach, including light – inspires interest like few other phenomena in the natural world, especially one that is deeply complex to comprehend.

It was only last month that the Nobel committee awarded the 2020 physics prize to Roger Penrose, Reinhard Genzel and Andrea Ghez for their work on black holes: Penrose “for the discovery that black-hole formation is a robust prediction of the general theory of relativity”, and Genzel and Ghez “for the discovery of a supermassive compact object at the centre of our galaxy”. So for all of you with black holes on the brain, physicist John Moffat’s latest book, The Shadow of the Black Hole, may be just the ticket. Moffatt, a veteran cosmologist, is now professor emeritus of physics at the University of Toronto and a member of the Perimeter Institute for Theoretical Physics. This is his fourth popular-science book (though I am unsure if it does indeed fall into that category) and follows his notable books on particle physics, relativity and Einstein.

Moffat is perhaps best known for his work on gravity, and so it is unsurprising that this latest book is a comprehensive take on its fundamental concepts, as experienced in the most extreme of testing grounds – a black hole. In some ways, it is difficult to describe the exact focus of this book, as it nearly becomes too all-encompassing for what is essentially a 250-page pop-sci primer. You could say that The Shadow of the Black Hole mainly features and celebrates the theories, technologies and results of two of the most significant scientific experiments of this decade.

In 2016 the Laser Interferometer Gravitational-wave Observatory (LIGO) announced its seminal, first ever detection of gravitational waves, produced via the collision of two black holes. More recently, in 2019, the first direct visual evidence (a photograph, to put it simply) of a black hole and its “shadow” was taken by astronomers working on the Event Horizon Telescope (EHT). Those familiar with the work on both these experiments will already be aware of the many different concepts and theories that LIGO and the EHT are based on. These include special and general relativity as well as stellar evolution. Then there’s the interferometric techniques used in LIGO’s Michelson–Fabry–Pérot interferometers and the EHT’s very-long-baseline interferometry. There are also event horizons, singularities, Schwarzschild solutions and Hawking radiation. (I could go on, and on, and on…) Portrait of a black hole

Not content with covering the vast array of these subjects, Moffat also covers thermodynamics, quantum mechanics, time travel and wormholes, particle physics and various cosmological models, and even has a chapter on alternative gravitational theories, which includes the author’s own modified theory of gravity. These extra topics, combined with the heady mix of historical background on the who and how of black-hole physics as it developed through the 21st century, makes this anything but an easy read. Indeed, the author’s narrative style of switching swiftly from historical details to in-depth scientific explanation is often dizzying. Also, as with many science books, I didn’t appreciate chapters jumping back and forth in time, though I acknowledge it is difficult to write a purely chronological account when talking about multiple projects.

Too often I simply needed a break between chapters (if not during), to absorb and work my way through the large amount of information I’d consumed. But, despite not being a breezy read, by the end of The Shadow of the Black Hole, I was left satisfied (albeit exhausted) by the pace and details the book included, not to mention totally caught up on all things black-hole related, right up the most recent of research.

Despite not being a breezy read, I was left satisfied and totally caught up on all things black-hole related

Apart from Moffat’s obvious and wide-ranging knowledge of black-hole and gravity research, I did enjoy the more personal moments in the book, where he talks about meetings, conferences and chats with significant people from the field, spanning his career over the last 60 years. The book’s long prologue, simply titled “LIGO”, details him and his wife Patricia visiting LIGO’s Hanford site in Washington state. The first-person narrative that runs through this chapter is sweet, if a bit over-earnest at times.

In a later chapter on the history of gravitational-wave detectors, he describes meeting Joe Weber (who in 1969 made the first, controversial claim of detecting gravitational waves using a “vibrational bar”) at an international conference in China in the late 1980s. Moffat talks about how the pair decided to go jogging together each day, taking to the streets of Shanghai at the break of dawn. “During periods of catching our breath, overlooking Shanghai’s busy harbour, we would snatch bits of physics conversation, and I talked to him about his gravitational wave experiments. He was bitter about his treatment by the physics community, and still insisted that he was right in his claim of having detected gravitational waves,” writes Moffat.

I would think twice before recommending this as light reading for someone with a general interest in science, but it is better geared to a reader already well-versed in basic black-hole physics. This book is probably the perfect primer for an undergraduate considering a future in cosmology, or for a physicist looking to get a whistle-stop update on gravity, LIGO and the EHT. For those who do persevere through The Shadow of the Black Hole, you will find yourself once more amazed by these stellar graveyards, and the secrets they hold.