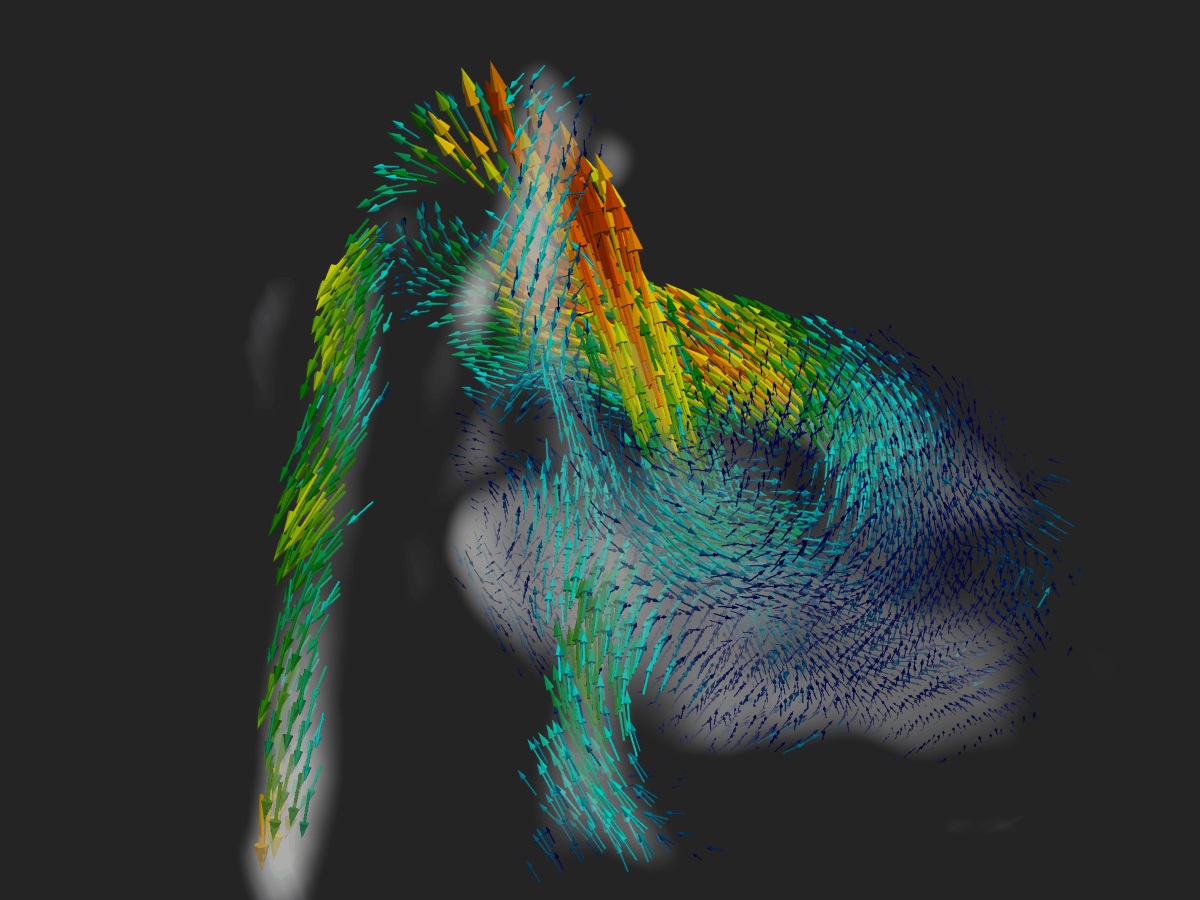 Could 4D MRI be a major leap forward for foetal imaging? - Physics World

Clinicians could have better information about foetal heart health thanks to a new imaging method developed by researchers from King’s College London. The team described how they used 4D MRI to measure volumetric blood flow in a recent paper.

While the MRI technique is similar to ones used for adult cardiac imaging, the team had to overcome numerous technical limitations for prenatal imaging, including correcting for foetal motion and a much faster heart rate.

The result is a “massive leap forward” for foetal cardiac MRI, according to Kuberan Pushparajah, the study’s second author and a senior lecturer in paediatric cardiology at King’s College London. “We will now be able to simultaneously study the heart structures and track blood flow through it as it beats using MRI for the first time,” Pushparajah said in a press release.

The research team tested the new 4D imaging method with seven foetal cases, including three healthy subjects, two subjects with right-sided aortic arches and two with other cardiac abnormalities. The subjects ranged from 24 to 32 weeks in gestational age.

When two foetal cardiologists assessed the 4D MR images, they observed pulsatile blood flow through the entire cardiac cycle. The blood flow patterns appeared as expected on both 2D and 3D visualizations, the authors noted in a paper published in Nature Communications.

The readers used the 4D images to successfully delineate 96% of 140 possible vessel segmentations. They also used the regions-of-interest to create flow curves, which had a 97% success rate and showed pulsatile, phasic blood flow in major arteries for most subjects.

One drawback of the imaging method was that it performed relatively poorly for visualizing flow through the ductus arteriosus (DA). When the readers graded their confidence in their delineation of all structures, they gave DA the lowest score by far, indicating the vessel boundary was poorly visualized. All other structures received scores showing that at least part of the vessel boundary was clearly defined.

The trouble with DA could be attributed to the MRI method’s low spatial resolution and long temporal resolution, which can result in blurring for the smallest boundaries. Other problems with the MRI technique included some inter-repeatability bias, including that one reader scored blood flows slightly faster than the other.

Despite these drawbacks, the readers still observed flow fastest in the outflow tracts and slower in the inferior vena cava and superior vena cava. This demonstrates the method’s efficacy for identifying flow abnormalities, according to co-lead study author Tom Roberts.

“The results in this paper are exciting because no one has been able to look at the foetal heart using MRI in four dimensions like this,” stated Roberts, a perinatal imaging research associate at King’s College London. “Doctors can start to measure how much blood is pumped out in each heartbeat, which can be used to tell how effectively the heart is performing.”

The method still needs to be optimized and tested at different field strengths, the authors noted. They also called for studies that compare their 4D imaging method to Doppler ultrasound.

The team hopes to one day use the method to perform better diagnosis of congenital heart disease (CHD). This is particularly important because some forms of CHD are difficult to diagnose on ultrasound.

“If CHD is detected prior to birth, then doctors can prepare appropriate care immediately after birth, which can sometimes be life-saving,” stated Roberts, “It also gives parents advance time to prepare, when otherwise the CHD might have been discovered at birth, which can be very stressful.”