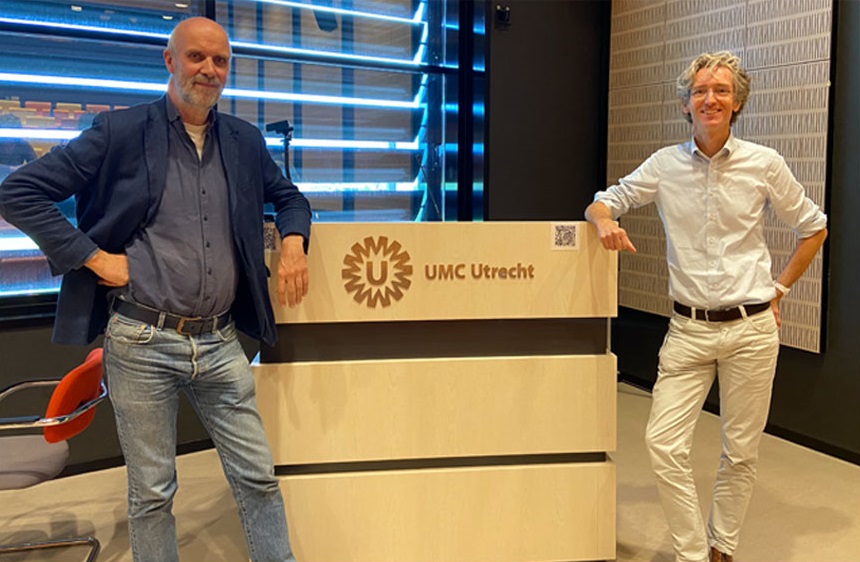 A research paper describing the first clinical use of a 1.5 T MRI-Linac for MRI-guided radiotherapy has won its authors the 2020 Physics in Medicine & Biology (PMB) citations prize. This annual prize recognizes the PMB paper that received the most citations in the preceding five years.

The paper, First patients treated with a 1.5 T MRI-Linac: clinical proof of concept of a high-precision, high-field MRI guided radiotherapy treatment, was written by researchers from UMC Utrecht, where the MRI-Linac concept was originated, and Elekta, which has now commercialized the system as the Elekta Unity.

Image-guided radiotherapy provides a means to visualize a tumour target in real time; and the use of MRI for this guidance confers exceptional soft-tissue contrast without the need for ionizing radiation. The winning paper describes the first-in-man treatments using the prototype MRI-Linac, which integrates a diagnostic-quality 1.5 T MR scanner with a state-of-the-art linear accelerator.

The team treated four patients with lumbar spine bone metastases, chosen as these tumours are clearly visualized on MRI and the surrounding spinal bone can be detected on the integrated portal imager, providing independent verification of the targeting accuracy. Patients were treated with an intensity-modulated radiotherapy (IMRT) plan created while they were on the treatment table and based on the online MR images.

This study demonstrated that the MRI-Linac concept does indeed work in the clinic and that radiation can be precisely targeted using high-field MRI guidance. Absolute doses were found to be highly accurate, with deviations ranging from 0.0% to 1.7% in the isocentre. Portal imaging confirmed that the MRI-based targeting was better than 0.5 mm, ranging from 0.2 mm to 0.4 mm.

First author Bas Raaymakers, who has pioneered this work on hybrid MRI radiotherapy systems since 1999, suggests that the paper’s popularity may be due to readers being pleased to see that the MRI-Linac worked with patients.

“The possibility of acquiring 1.5T MRI data that reveal anatomical details and motion prior to treatment does resonate very well with existing efforts on image-guided radiotherapy,” he explains. “The fact that these data can also be acquired during irradiation offers all kind of exciting opportunities to move towards real-time adaptive radiotherapy.”

The paper represented the final step in demonstrating the technical feasibility of the MRI-Linac. Since its publication, the MRI-Linac has gained 510(k) and CE approval and there are now around 30 systems in clinical use around the globe. UMC Utrecht has two clinical MRI-Linacs and a third expected in 2021.

Other advances include the move from treating vertebral bodies to soft-tissue targets, such as lymph nodes, prostate tumours, rectal tumours and others. Improvements in workflow, meanwhile, have led to an average treatment slot of 45 minutes for the majority of patients.

“Within research, we are now prototyping next-generation workflows with intra-fraction replanning to get to the real-time adaptive radiotherapy,” Raaymakers tells Physics World.

The PMB citations prize is marked with the presentation of the Rotblat medal, named in honour of Sir Joseph Rotblat, PMB’s second and longest-serving editor. “This award is a much appreciated recognition and motivation for the entire department and the long-standing, ongoing industrial collaborators,” says Raaymakers.

“Of course, we are intrinsically motivated to keep on improving, it is really fun and rewarding work. But at the same time it feels good that the long journey to get to the clinic is something that is followed and cited by the PMB audience.”