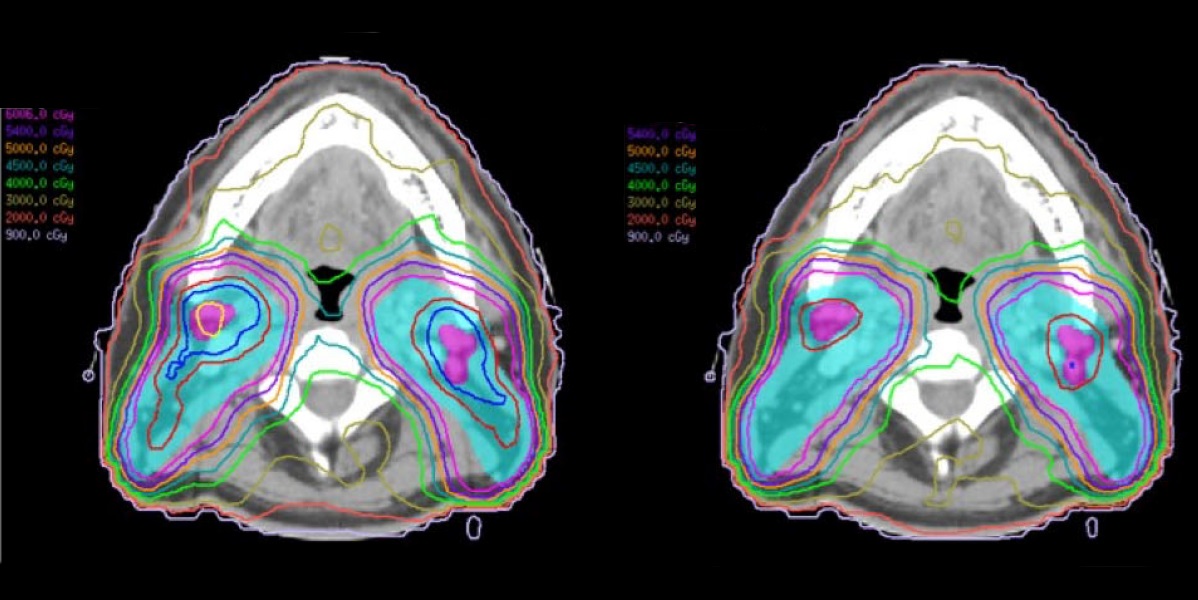 Increasing the multileaf collimator (MLC) leaf speed may help improve the quality of volumetric modulated arc therapy (VMAT) plans, according to a study published in the Journal of Applied Clinical Medical Physics. Researchers in Beijing investigated seven MLCs with different maximum leaf speeds to investigate their influence on plan quality. They determined that VMAT plans for locally advanced nasopharyngeal carcinoma (NPC) and rectal cancer improved significantly when maximum MLC leaf speeds were increased from 1 to 3.5 cm/s.

To achieve highly modulated dose distribution, MLCs need to move at a high speed when the gantry rotates. But what is the optimum speed required to achieve the highest quality VMAT plan for specific types of cancer?

The researchers evaluated the plans and scored them using the Plan Quality Algorithm (PQA) tool and the Plan Quality Metric (PQM) of the ESTRO QUASIMODO project. The PQA provided an objective method by which to quantify plan quality, while the PQM provided a fair comparison of plan results.

Plan scores for rectal cancer increased dramatically when the MMLS increased from 1 to 3.5 cm/s, but only grew slowly beyond that speed. The researchers believe that high leaf speeds helped smooth out variations in dose distributions, either through small fields or by the leaves blocking high-dose regions for organs-at-risk. Findings were similar, but not as dramatic, for NPC cases.

“Plan quality is greatly improved as MMLS increases from 1 to 3.5 cm/s; above that, the quality change is marginal,” write the authors. “It demonstrated that the MMLS influences plan quality regardless of the tumour size.”

It should be noted that actual MLC performance depends on a number of other considerations, such as leakage and reliability, for example, and further research is needed to evaluate how speed affects clinically deployed models.

The authors tell Physics World that the team has now studied the effect on treatment plan quality of two major MLC characteristics: MLC leaf speed, as examined in this study; and MLC transmission, for patients with advanced lung cancer, published in Medical Dosimetry. The team’s future research will incorporate the interactions of dose rate, gantry speed and MLC speed, to obtain a more comprehensive representation of their dosimetric effects.