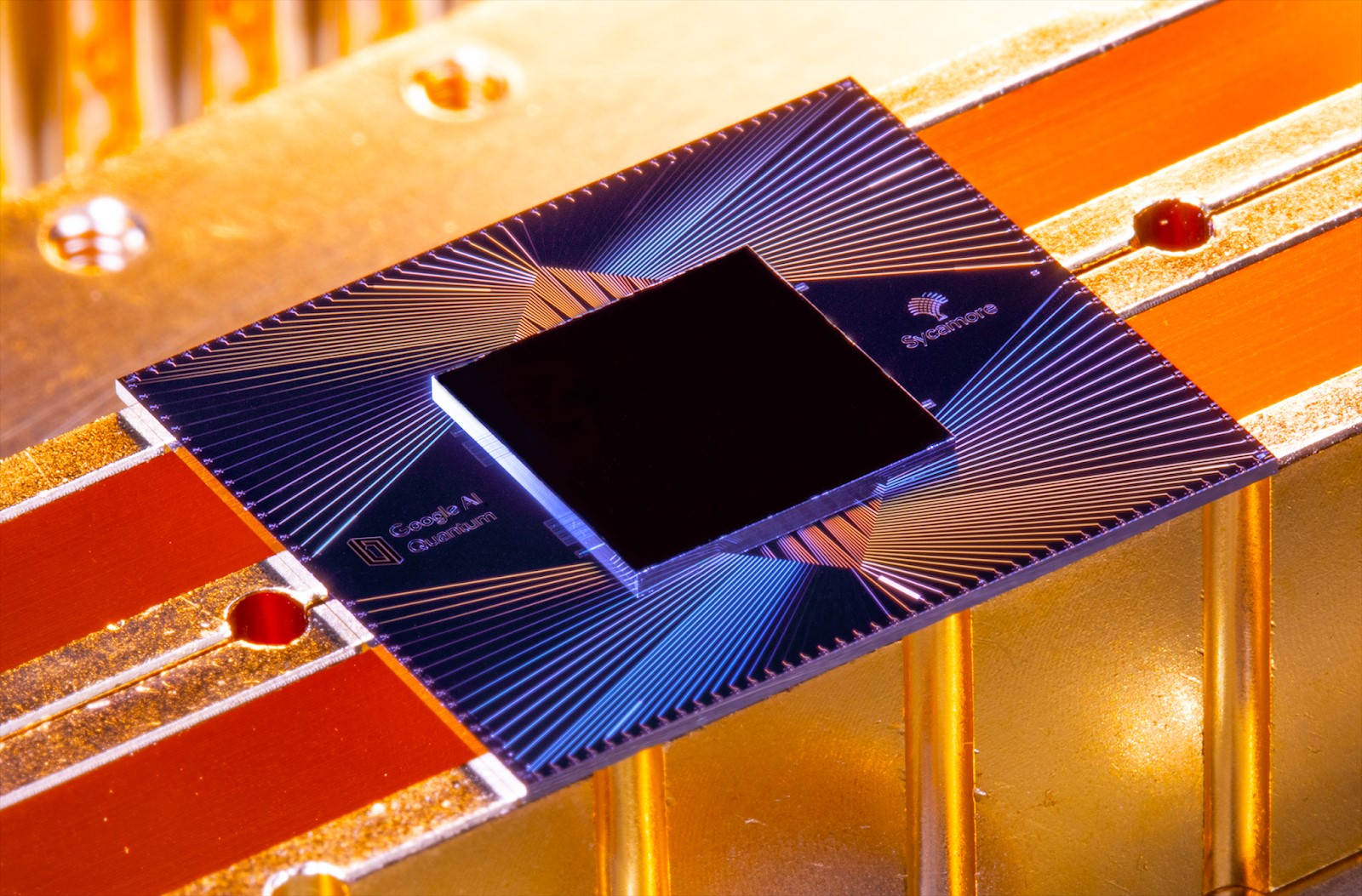 Researchers in the US have created a new energy-based benchmark for quantum advantage and have used it to show that noisy intermediate-scale quantum (NISQ) computers use several orders of magnitude less energy than the world’s most powerful supercomputer when doing a specific task.

As quantum computers become larger and more reliable, the question of whether a quantum computer can perform calculations beyond the reach of even the most powerful conventional supercomputer is becoming increasingly relevant. This ability has been dubbed “quantum advantage” or “quantum supremacy” and it marks the point where quantum computers move from being scientific curiosities to useful devices.

However, measuring quantum advantage is difficult as illustrated by the debate that ensued after Google claimed advantage for its Sycamore NISQ device in September 2019. Google scientists said that Sycamore could solve a specific problem in a mere 200 s, while estimating that a powerful supercomputer would take a whopping 10,000 years to perform the same task. But one month later, physicists at IBM argued this was a gross overestimate and a supercomputer could complete the task in just 2.5 days – essentially negating the claim of advantage.

Quantum computers show enormous promise because they can – at least in principle – use the laws of quantum mechanics to perform some calculations much faster than even the most powerful conventional computers. Useful calculations could be done using a relatively small number of quantum bits (qubits) – hundreds or maybe thousands – but creating a quantum computer with more than a few dozen qubits is a difficult task because the quantum states used to create qubits are fragile, short-lived and difficult to control. Devices such as Google’s Sycamore are called NISQs because they have an intermediate number of qubits (Sycamore has 54) and are noisy in terms of imperfect qubit control.

Another challenge for the quantum industry is that there is no agreement on the best qubit technology, with some firms opting for superconducting qubits while others are working on trapped-ion computers. Still other technologies are also under development. As a result, practical quantum computers that solve real-world problems are still a few years away – and benchmarking is essential.

In the meantime, researchers are trying to benchmark the development effort by finding problems that today’s nascent quantum computers can perform more efficiently than the most powerful conventional computers. One task that clearly lends itself to a quantum computer is calculating the output of “random quantum circuits” (RQC). This benchmark was used by Google to make the 2019 claim of quantum advantage. The problem can also be solved by running a “quantum simulator” program on a conventional supercomputer and the crucial question is question is whether the quantum computer solves the problem more efficiently than the most powerful quantum simulator.

One sticking point is how to define efficiency, and researchers have usually considered the time taken to solve a problem. In this latest study, Salvatore Mandrà and colleagues at NASA’s Ames Research Center in California, Google and Oak Ridge National lab argue that considering time alone is problematic. Mandrà explains, “A problem that will take you 1 h on a one-core processor will take you 30 min on a two-core processor or 15 min on a four-core processor”.

Instead, Mandrà and colleagues calculated the energy required by both NISQ and conventional supercomputers to solve the RQC problem. They designed a program called qFlex, which they believe to be the most efficient quantum simulator possible. This is demonstrated, explains Mandrà, by the fact that the efficiency of the simulation is almost constant regardless of the details of the problem it is applied to.

The team implemented qFlex on the Electra supercomputer at Ames and on the Summit supercomputer at Oak Ridge – Summit is the world’s most powerful supercomputer. They calculated the energy both supercomputers expended in performing the calculation and compared it to the energy used by a NISQ. The researchers found that their qFlex implementation required 97 MWh to run on Electra and 21 MWh on Summit, whereas the problem could be solved by a NISQ using only 4.2×10−4 MWh. To put those figures into perspective, the average US household uses 11 MWh of electrical energy per year.

“Lots of papers are developing classical algorithms to simulate quantum systems because there’s a lot of quantum systems around and physicists care about how they behave,” says Daniel Gottesman of the Perimeter Institute for Theoretical Physics in Waterloo, Canada, who was not involved in the research. “The specific focus on quantum supremacy is a moment in time that will probably extend for a few years, but after that it will probably be assumed that we have quantum computers that are better than classical computers, and the idea of classical algorithms to simulate quantum computers will become less and less valuable.”

The research is described in Quantum Science and Technology.