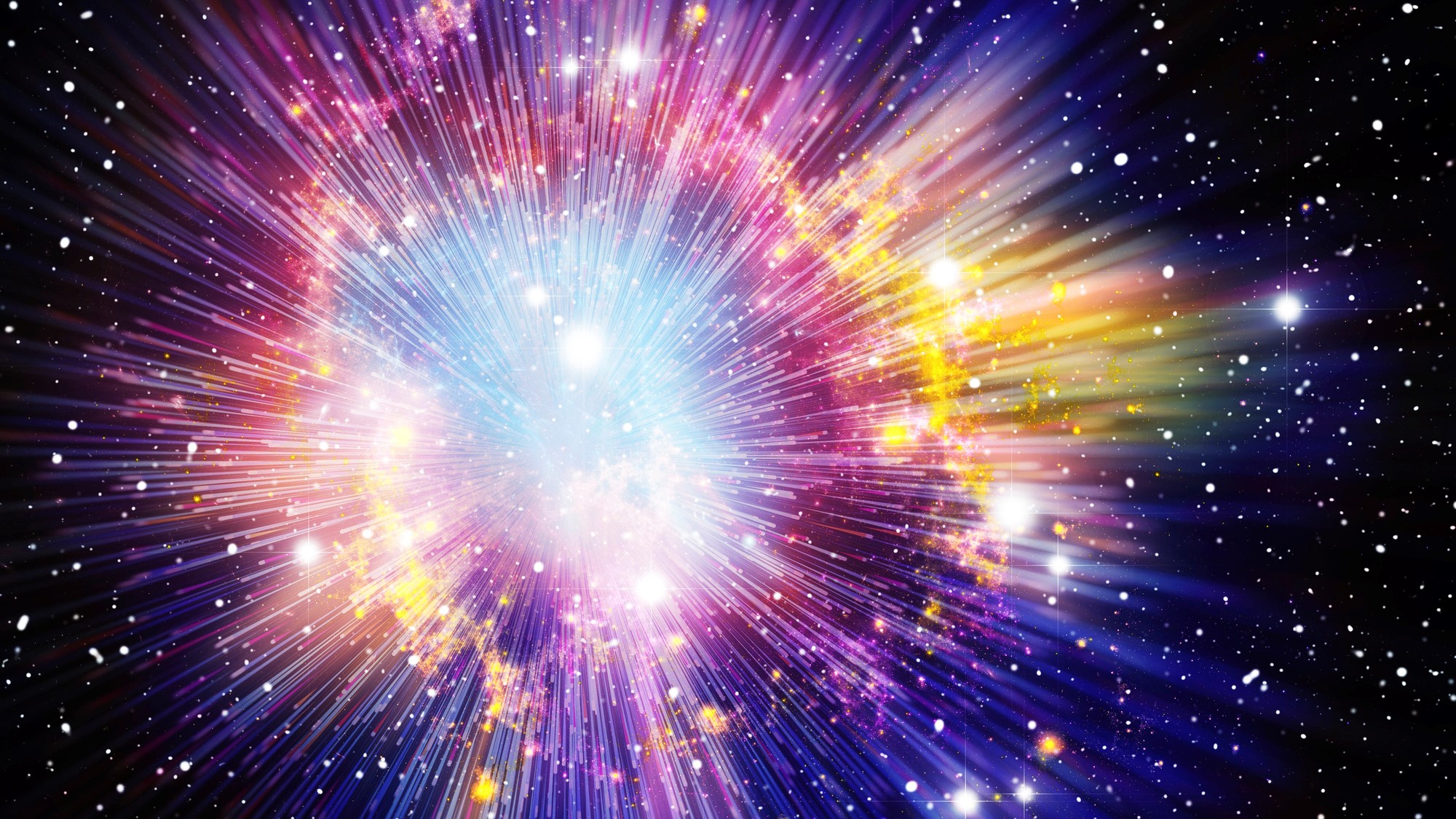 The science’s best theory of the evolution of our universe-the Inflationary Big Bang Theory. The NASA illustration in the above figure highlights this evolution, from the beginning of everything on the left to today on the right.

The Era of the Big Bang is the gradual expansion and maturation of the universe. It began 13.7 billion years ago and continues through the present day. The Big Bang began 10-30 seconds after t=0. That is, it began a millionth of a millionth of a millionth of a millionth of a millionth of a second after the beginning. Rather than continue to deal with so many millionths, let’s call that 1tic; it’s much too brief to be a whole “tick-tock.” While dark matter and dark energy remain mysterious, we believe they will eventually be incorporated into our existing physical theories as additional features, rather than requiring radically different theories. With that assumptions, we have high confidence in our understanding of the basic physical laws that underlie the Era of the Big Bang. This confidence is based on our knowledge of elementary particles and on the two great pillars of 20th century physics: Relativity and Quantum Mechanics. Over the last 100 years, both theories have been extensively tested with extraordinary precision over a very broad range of conditions.

Less certain is the Era of Inflation, beginning one billionth of a tic after t=0 and ending at about 1 tic. This is a period of hyper-rapid expansion. There is a theoretical framework for understanding Inflation, but the details are still in flux.

Most uncertain is the Era of Quantum Gravity, the very beginning of time that spans only the first one billionth of 1 tic. Here we know our current physical theories fail. We believe they fail because, in these extreme conditions, space and time are no longer smooth and continuous; thus our normal mathematical tools are not applicable.

The name Big Bang is something of a misnomer. It was coined by British astrophysicist Sir Fred Hoyle, who espoused a competing theory in which the universe existed forever, with no beginning and no end. Hoyle may have chosen to denigrate the opposition with a seemingly derisive name. “Big Bang” brings to mind an explosion of matter blasting through a pre-existing space. Actually, there was no pre-existing space of time. The most important aspect of the event at t=0 is that our space and time came into existence. Matter did not explode out into space; space expanded and carried with it everything that existed.

The Era of the Big Bang begins at the end of Inflation, and continues to the present day. This is an era of more gradual expansion and maturation. As the universe expands, it cools and matter begins to condense into ever larger assemblies, as illustrated in this figure. The structures in our universe start growing at the smallest scales and later proceed to larger and larger scales-the universe grows from the bottom up.

Quantum Mechanics has a major flaw-it is not properly written in the language of tensors in four-dimensional, curved space-time. Hence, its equations do not remain valid in all references frames, in any state of motion, and in any gravitational field. This deficiency is sometimes called a lack of general covariance or a lack of background independence. For nearly a century, physicists have known that all physical laws must obey general covariance. But this has never been successfully incorporated into Quantum Mechanics. Its equations work extremely well, but only when applied where gravity is weak and nearly uniform.

General relatively also has a major flaw-it is not quantized. Its equations assume that energy, space, and time are continuous and smooth, like a ramp. For nearly a century, physicists have known that quantization is an essential feature of the micro-world, but this has never been successfully incorporated into General relatively. Its equations work extremely well, but only when applied in the macro-world where the staircase steps are so small and so numerous that the staircase effectively become ramps.