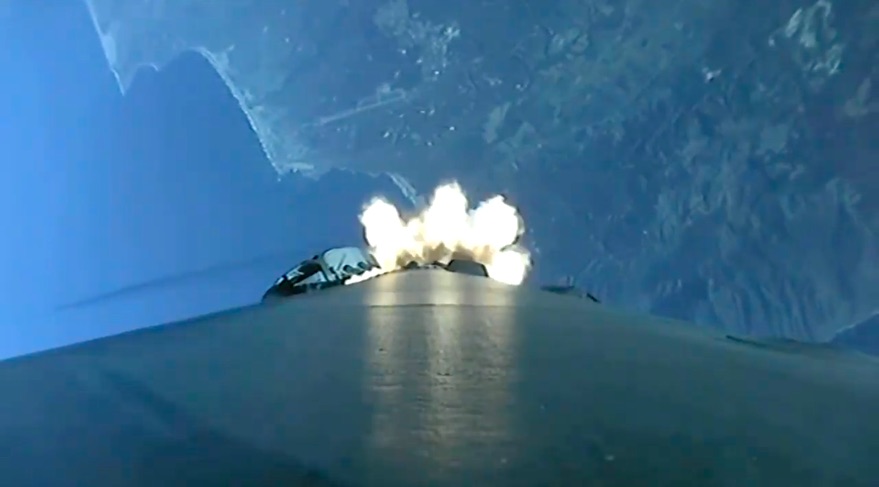 WASHINGTON — Despite a lull in orbital launch activity at Vandenberg Air Force Base, officials with the U.S. Space Force foresee a “very promising future” for both commercial and government launches there.

The Falcon 9 launch of the Sentinel-6 Michael Freilich ocean science satellite Nov. 21 was the first orbital launch from Vandenberg since another Falcon 9 launched the Radarsat Constellation Mission for Canada in June 2019. United Launch Alliance, long the anchor customer for the California launch site, last performed a launch there in January 2019, when a Delta 4 Heavy launched a payload for the National Reconnaissance Office.

Despite the lack of orbital launches, the base has kept busy supporting missile launches, including tests of the Minuteman 3 intercontinental ballistic missile and missile defense tests, said Col. Anthony Mastalir, commander of the 30th Space Wing, during a prelaunch briefing for the Sentinel-6 Michael Freilich mission Nov. 20.

“We have been continuing the tech tempo. It’s been fairly regular since our last space launch,” he said. “That keeps the range crews’ expertise honed.”

A couple orbital launches are coming up from Vandenberg in the near future. A Delta 4 Heavy launch of another NRO payload is scheduled for “the next few months,” Mastalir said. The first launch of Firefly Aerospace’s Alpha small launch vehicle, from a launch complex formerly used by the Delta 2, is now expected in January, he said. The company had been targeting a launch before the end of the year.

Mastalir said Vandenberg is working to attract more commercial customers to the spaceport. That includes an initiative announced in August to establish “a commercial zone” at the base. “We’re doing what we can to facilitate commercial spacelift and the growth of commercial space with a zone here at Vandenberg,” he said.

That lull in Vandenberg launches has been due to a lack of missions going to polar orbits. However, SpaceX demonstrated the feasibility of doing at least some launches to polar orbits from Cape Canaveral, Florida, in August, when a Falcon 9 launched the SAOCOM 1B radar imaging satellite for Argentina from there. That raised questions about the company’s, and the military’s, long-term commitment to Vandenberg.

The Space Force said shortly after that launch that it did not foresee the ability to do polar launches from Florida changing its use of Vandenberg. “We don’t expect any changes to Vandenberg resulting from this activity,” said Maj. Gen. DeAnna Burt, director of operations and communications for the U.S. Space Force, at a Sept. 14 meeting of the Federal Aviation Administration’s Commercial Space Transportation Advisory Committee. “Vandenberg continues to provide a capability today that cannot be fully replicated.”

SpaceX also says it plans to continue launches from Vandenberg. “It’s been a while, but this is the start of many exciting things to come at Vandenberg. We have a fleet of very exciting missions,” said Julianna Scheiman, program manager for NASA launch services at SpaceX, at the Nov. 20 briefing.

She didn’t elaborate on those missions, but those in the next year are likely to include NASA’s Double Asteroid Redirection Test (DART) mission launching in mid-2021 and the first two WorldView Legion imaging satellites for Maxar no earlier than September 2021, along with one or more rideshare missions.

Mastalir reiterated that Vandenberg was still the preferred site for polar launches, citing the vast Pacific Ocean downrange from the base. “You can fly south from Vandenberg and you pretty much don’t hit any land until you fly over Antarctica,” he said. “We’re excited about the future of commercial spacelift as well as national security spacelift. It’s a very promising future here at Vandenberg.”