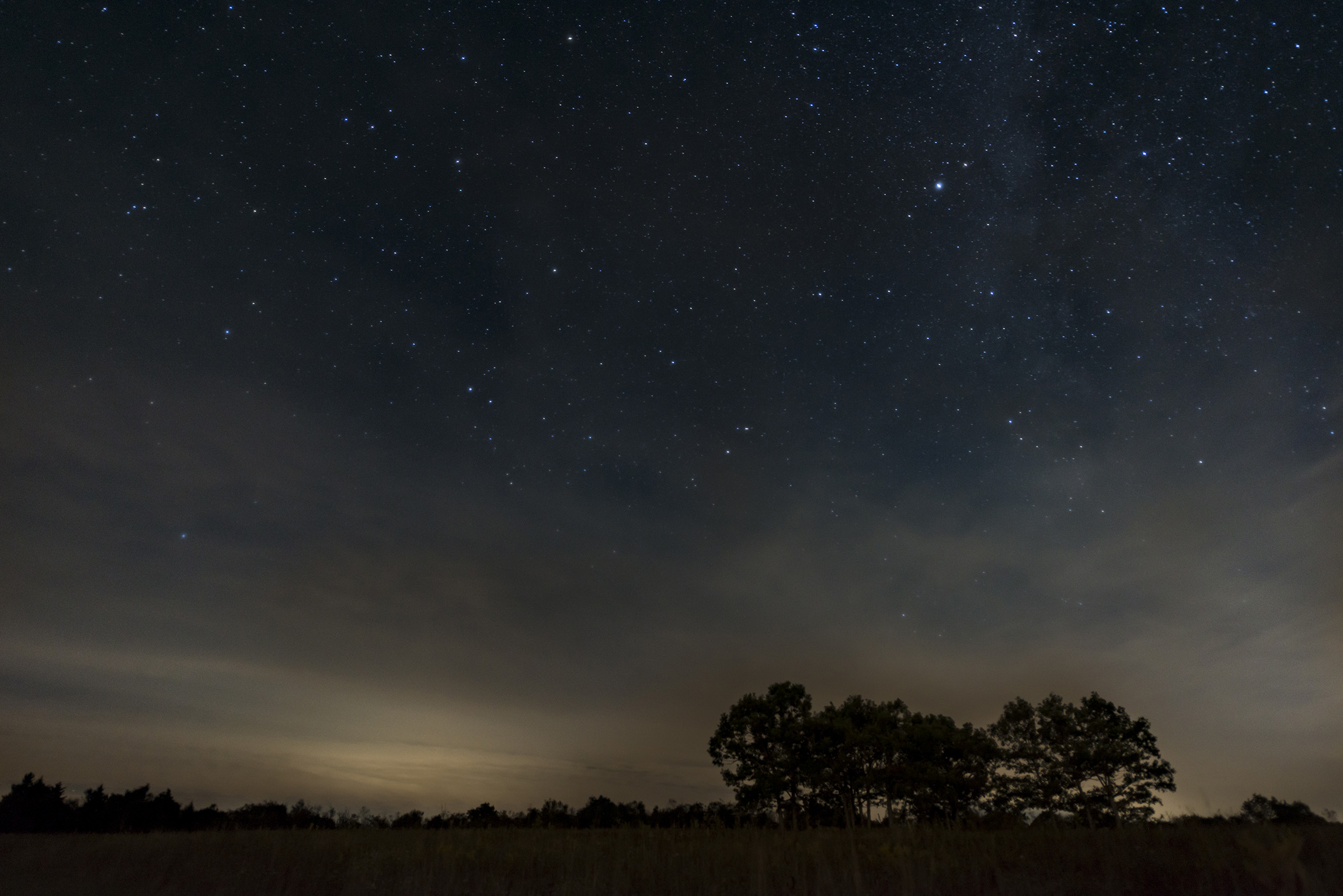 Universe is full of surprises

The largest telescope are ground-based; they are simply too enormous to launch into space. The largest of all are radio telescope, including the two behemoths: Arecibo and VLA. The VLA (very large Array) in New Mexico has 27 separate dishes, each 82 feet in diameter. Since radio waves easily penetrate our atmosphere (just turn on a radio to hear proof), there is little need for radio telescopes in space. The largest optical telescopes are the twin 31-foot-diameter Keck telescopes operated by Caltech atop Mauna Kea on the Big Island of Hawaii. For many applications, nothing beats the light-collecting power of a big mirror. Because of this, cutting edge research will always continue on ground-based telescopes, and bigger and better telescopes are always being planned.

But for many imaging applications, our atmosphere is an obstacle. Absorption, turbulence, and interference distort images, degrade resolution, and reduce sensitivity. Our atmosphere protects us from radiation and is convenient for breathing, but it also prevents ground-based observers from seeing celestial sources such as gamma ray emitters. The best place to observe the cosmos is often from space itself. In the 1980s, NASA initiated its great Observatory program to launch an array of satellites with unprecedented resolution over the broadest range of wavelengths.

Before Galileo, astronomy was done solely with human eyes that can resolve angles of about 1/50th of a degree. This means if two light bulbs are placed a foot apart, we would see two separate lights only if we are within 3000 feet. Farther away, the angle between the bulbs would be too small and we would see only a single, fuzzy spot of light. The moon covers an angle of ½ degree in the sky. As this is 25 times over visual resolution, our eyes see the Moon with 25*25=625 picture elements (pixels). If your TV’s resolution was that poor, you would turn it off and read a book.

When Galileo became the first to see the heavens through a telescope, he was able to resolve much smaller angles and see 600 times more detail. He realized the Moon is a world of its own, not just a disk in the sky. He saw shadows on the Moon cast by its own mountains. Galileo was the first to see the moons of Jupiter and saw they are orbiting Jupiter and not Earth. This was the first indisputable proof that the geocentric theory of the cosmos was wrong-everything does not, in fact, revolve around Earth.