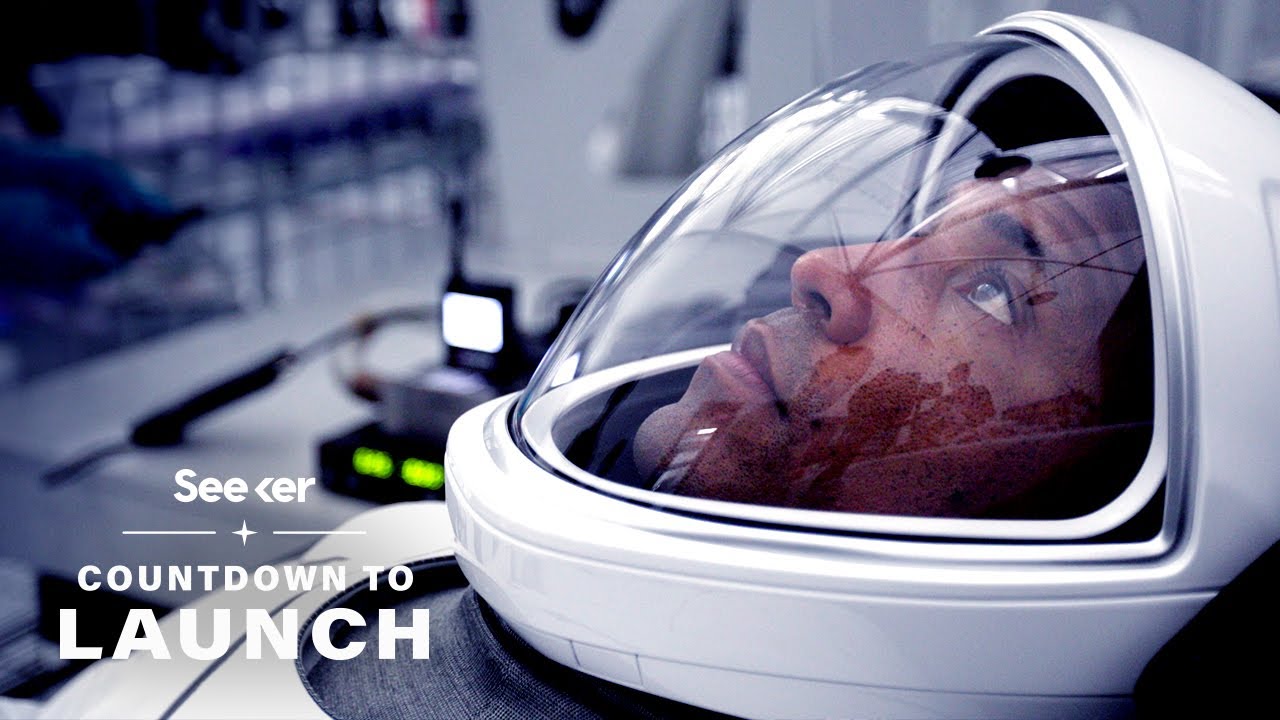 SpaceX And NASA Prepare For the Historic Launch of Crew-1

Crew-1 will be SpaceX’s first operational crewed mission to the International Space Station. Here's how it could launch a new era of commercial fleet missions. » Subscribe to Seeker!http://bit.ly/subscribeseeker » Watch more Countdown to Launch: http://bit.ly/CTLplaylist » Visit our shop at http://shop.seeker.com We saw Demo-2 head to space with astronauts and return safely. But that was just a test. Now SpaceX is ready for the real deal: Crew-ONE. And like many of SpaceX’s endeavours, it’s making a lot of firsts. Crew-1 will be SpaceX’s first operational crewed mission to the International Space Station, officially launching the new era of commercial fleet missions. Unlike Demo-2, Crew-1 will be a bit more crowded, with four passengers onboard. First-time NASA astronaut Victor Glover will be joined by fellow astronauts Michael Hopkins and Shannon Walker and JAXA astronaut, Soichi Noguchi. With more crew members onboard, that means more science can be done on the ISS. Crew Dragon was built to accommodate up to 7 passengers, with the extra room on this trip being taken up by cargo. And for this momentous occasion, the astronauts named their capsule Resilience. #spacex #crew1 #nasa #space #seeker #science #elements Read More: Crew Dragon “Resilience” meets Falcon 9 rocket at Florida spaceport https://spaceflightnow.com/2020/11/06/crew-dragon-resilience-moved-to-hangar-for-attachment-to-falcon-9-launcher/ "The commercial crew capsule is scheduled for launch Nov. 14 at 7:49 p.m. EST (0049 GMT on Nov. 15) with four astronauts aboard. The mission is known as Crew-1, and it will be the first operational flight of SpaceX’s Crew Dragon spacecraft following a 64-day test flight to the space station earlier this year with astronauts Doug Hurley and Bob Behnken." SpaceX Resilience! Crew-1's Dragon spacecraft gets it name https://www.youtube.com/watch?v=-ZN9-nqQaQg "SpaceX Crew-1 mission commander Michael Hopkins announces the name of their spacecraft at a press conference on Sept. 29, 2020." SpaceX traces engine problem to blocked valve ahead of November crew launch https://spaceflightnow.com/2020/10/28/spacex-traces-engine-problem-to-blocked-valve-ahead-of-november-crew-launch/ SpaceX is replacing two engines on the Falcon 9 booster set to launch four astronauts next month on the company’s first operational Crew Dragon flight to the International Space Station, following an investigation that revealed a subcontractor failed to adequately clean out narrow vent ports on multiple engines across the company’s fleet, officials said Wednesday. ____________________ Countdown to Launch takes a deep dive into upcoming space missions from around the world. We interview the people involved and explore the science, innovation and technology that makes them possible. Seeker empowers the curious to understand the science shaping our world. We tell award-winning stories about the natural forces and groundbreaking innovations that impact our lives, our planet, and our universe. Visit the Seeker website https://www.seeker.com/videos Subscribe now! http://www.youtube.com/subscription_center?add_user=dnewschannel Seeker on Twitter http://twitter.com/seeker Seeker on Facebook https://www.facebook.com/SeekerMedia/ Seeker http://www.seeker.com/