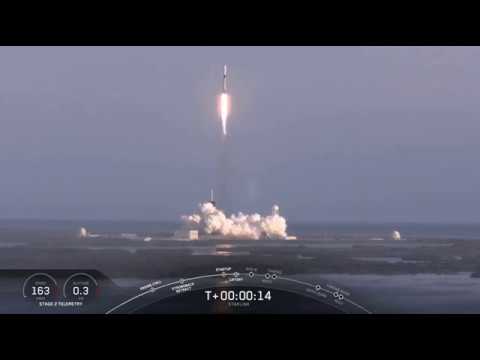 FULL STORY - https://www.americaspace.com/2020/03/18/spacex-launches-fifth-batch-of-60-starlink-satellites/ At 8:16am Eastern SpaceX launched booster B1048 for the 5th time today for the fifth OPERATIONAL Starlink communications satellite mission (sixth launch, since the first Starlink launch was just a test). After performing a perfect lift the booster missed landing on the ASDS drone ship. Despite the failure to land the booster the 60 Starlink Satellites were correctly deployed into orbit. Video: SpaceX